For some reason our government cannot figure out money issues this year. For the past few months we’ve heard endless debates about Obama’s proposed budget, funding cuts to essential programs, and miscellaneous issues. We’re now entering a crucial point of uncertainty, a place that we haven’t been in the past 15 years: a government shutdown.

In my opinion this represents one of the most significant cuts in this legislative session; suspending the salaries of many government workers. This is more dangerous than the proposed cuts to the Corporation for National Service, NPR, PBS, and other organizations that have dominated the news recently. This government shutdown, slated to happen on Friday, will result in members of the armed forces working without pay.

To put this in perspective, I have roughly 25 friends who are actively serving in our various wars overseas, all with wives and at least one child. It scares me to think about the reality they will no doubt have to face if a compromise isn’t agreed upon by the Democrats and Republicans. A senior White House official said that “they will be paid once money becomes available again” but this begs the question, what happens in the interim?

I don’t care where you stand on military service or our overseas wars. Think about the human aspect of this potentially catastrophic occurrence. Would you be willing to work for an undefined period without pay? No. You would probably leave your job as soon as anything of the sort was announced. The men and women serving our country do not have this option. If they desert their post they could be slapped with harsh imprisonment, loss of any future government benefits, not to mention any social stigma incurred from members of their communities. These possibilities are scary. Additionally, civilians might not even receive back pay once the shutdown is ended. Whoa!

Many talking heads suggest that this crisis will be averted but their suppositions and optimistic projections are not enough for me and cannot be enough for their families. One would think that a government plans for messes like these, sets money aside in case the seemingly impossible becomes all too possible, but in this case it doesn’t seem as though anyone saw this quagmire coming.

The most troubling aspect of this entire fiasco is that those affected have no say in the matter. It will not be up for debate. It will not go to a vote. Their paychecks will abruptly (however temporarily) end. At least those of us who are working under the Corporation for National Service, Planned Parenthood, NPR, or PBS (to name just a few) have the luxury of attempting to sway public opinion (and effectively the hearts and minds of legislators). We can start Facebook campaigns, start petitions on Change.org, or lobby our representatives, these families cannot. It’s just too soon to take much meaningful action. Our representatives owe it to the potentially affected people to stop at nothing to make sure this government shutdown doesn’t happen. It’s time for them to ‘go up to bat’ for the people that made the decision to protect our country.

I’m not defending the Military Industrial Complex. In fact, I could write endless blog posts about the problems with the way Capitalist nations ‘do’ National Security but I don’t think that this is the place for that. We need to ensure the safety and security of all our people, ensure that the games being played on the national stage do not negatively affect the way we live our lives.

Do the right thing. 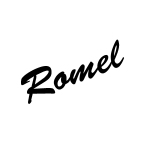