When I received my acceptance letter to City Year, I thought about it in a very narcissistic sense. I was committing a year of service, I had to find housing, I was moving away from my friends and family. I couldn’t care less about the people with whom I would embark on this year of service.

The story of how I first learned of Krista‘s existence is probably only funny (or pertinent) to me but I’ll tell it anyway. Upon your acceptance into City Year, you’re invited to join the ‘Beloved Online Community,’ (BOC) an attempt at an internal social network designed for newly accepted Corps Members. Because I was one of the first applicants accepted to my cohort and a (still) rabid early adopter of new online technology I was a hyper-user. I would log on at least 3-5 times a day to see who else had joined, if they’d posted an interesting bio about themselves, and most importantly, if I could find them on Facebook. The first person I remember seeing on the BOC was Krista and although I can’t produce an exact representation of her bio, I know that it contained the buzzwords feminist, awesome and activist. My buzzwords.

When I looked on Facebook for Krista I saw these pictures: 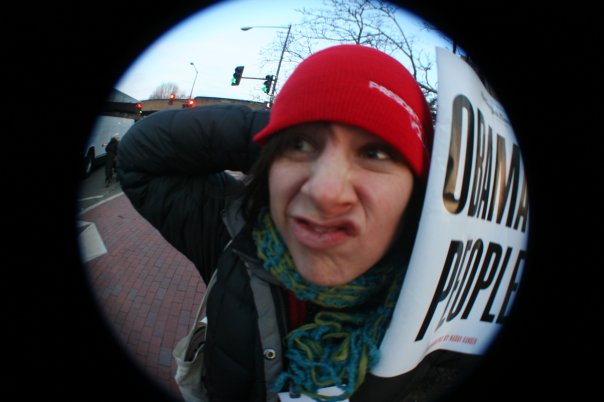 If Krista were telling this story she would talk about how she too found me on the BOC and sent me a message about the potential for us being roommates and my subsequent non-response. I hold fast that I never received this message or (probably what really happened was that) I got her message and fell unconscious due to her pure awesomeness. But I digress…

A couple of months after we’d finally settled on being roommates (add Daniel and Jesse) she decided that she wanted to take a trip to New York City for the first time. In her mind, NYC was a mere stone’s throw away from Boston (not true!) and that it would be simple for me to get there for a weekend. [As an aside, I’ll confess that I’ve never met someone in person that I’ve only met on the internet.] I braved the four-hour MegaBus ride to the city to complete the Trio of Trauma – a nickname Krista quickly put to the group made up of me, her and her sister Ali.

We hit it off and I had what was quite possibly my favorite experience in NYC. Ever. It wasn’t that we saw anything I hadn’t experienced before, or did anything brand new. It was purely the company. With Krista there was this unbridled sense of adventure. No one knew what was going to happen next. I don’t even think she did. This was the first lesson Krista ever taught me.

I had only really ever been predictable. I thought I knew what the equation was to having a good time; drinking, superficial conversation and maybe some dancing. The end. That weekend we stayed in a hostel (my first time), chatted up Belgian strangers (where did I find my five-year old French?) and got kicked out of a club (never again.) Krista doesn’t know this but she made moving to California infinitely more comforting for me. I knew that I would have a fun roommate. Months later, she became my partner.

Throughout our relationship Krista has faced significant professional challenges. It was through these times that she taught me a second lesson.

Krista never stops striving to become a better person. She seeks critical feedback and thrives on it – constantly refining herself into this professional force to be reckoned with. Whenever we talk about her day job(s) or hobbies she’s seemingly always focused on how to improve herself. After practices or her Roller Derby bouts she talks solely about what she can improve on for next time. How can she improve on her mistakes from today to be a better player tomorrow? What’s most impressive about this lesson she’s taught me; she doesn’t stop at herself – she teaches me more than she will ever know and I wouldn’t be half the professional I am without her as my partner.

Think I’m just blowing steam about constantly improving? Over the course of the past year Krista has stopped at nothing to become a better player. Her dedication (and charisma) earned her a blog post as her team’s skater of the month. Check out the post! 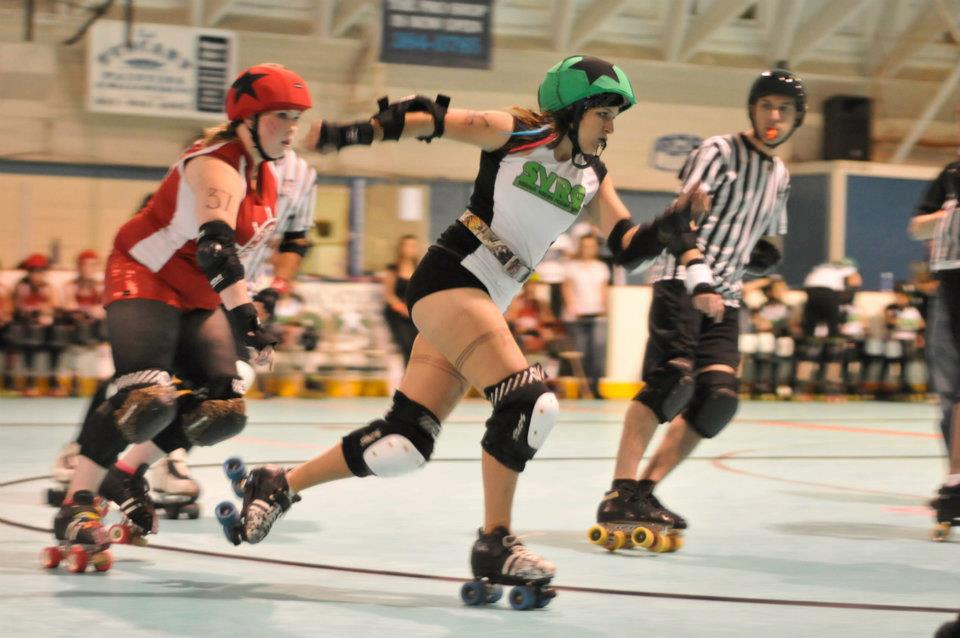 I was raised to never create conflict. Period. If someone offered you something, take it. You’re lucky if anyone offered you anything at all. I have gone through life with that mantra, no questions asked. That was until I met Krista. She has challenged me to reconsider my self-worth – to myself, to my employer and as a contributor to humanity. Before her, I always thought of myself as lucky to share my thoughts and ability with the world, never did I think that it was actually useful to anyone. Krista has taught me that we are all invaluable to the world. Without people like us, the world would probably be a boring place.

Lesson #4 shakes my very foundation and shapes my worldview.

This is probably the most complicated and convoluted lesson I’ve learned from Krista. I’ll try to explain.   I am a graduate from a well-ranked, private, liberal arts college. What’s more? I was the first male, Women’s Studies major. With the assumed responsibility of carrying the Feminist torch high and always I thought I’d had my Feminism down to a ‘T’. I was wrong. In the 2 1/2 years of our relationship Krista has taught me that the traditional representations of women are inherently flawed and her examples have been many. It is because of her that I write about this month’s women solely as that, women. Powerful, professional, change affecting women. Not as mothers, wives, or homemakers. I’m not saying that mothers, wives, or homemakers lack importance or power but that the traditional narrative is that these are the only kind of women. Wrong.

At the sake of being cliché and cutesy, I am lucky to have the opportunity to learn from Krista every day. Her commitment to the cause, her tenacity, her resiliency, her unapologetic honesty…need I continue? Head over to her blog to get the slightest taste of the kind of person she is. Wow.

Thank you, Krista for teaching me new lessons constantly. For keeping me on my toes and constantly questioning ‘reality.’  Thank you for refusing to settle. Thank you for showing me that women aren’t just mothers and wives.

Most importantly, thank you for making me a better person.

Where can you find Krista? That’s difficult to nail down. You can probably find her changing the world as a feminist-activist with the ACLU, advising students how to take control of the world at her day job, or (the most fun) kicking ASS at roller derby bouts. Think you can keep up? It’s a wild ride!